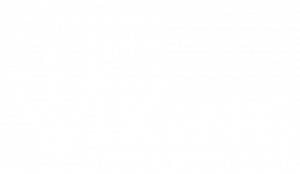 Viking Hotel Waterford are delighted to announce our sponsorship of the excellent Waterford Football Club for 2020/2021 season. Waterford FC is one of the biggest clubs in the country and we are delighted to be supporting our boys in blue for the upcoming season. We recently hosted and attended the launch of the newest jersey and we will be proud to see the Viking name in lights every time of one the talented footballers run out onto the pitch and lead the team to glory! Here is some more information about the team and our upcoming sponsorship of both the team and the Waterford FC Academy.

Waterford Football Club is an Irish association football club based in our gorgeous medieval city. The club was founded in 1930 and elected to the league shortly after that. The team has gone from strength to strength over the years, winning numerous FAI cups, League Championships and many other shields and cups. Recently the club finished top of the 2017 League of Ireland First Division, winning promotion to the 2018 League of Ireland Premier Division. Waterford FC play their home games at the Waterford Regional Sports Centre, more commonly known as the RSC, which has an impressive capacity of 5,300. The club colours are a striking blue jersey, shorts and socks, changing to a white jersey when playing away. Viking Hotel are proud to be the clubs official sponsor with 24/7 Cardiac Care as the main jersey sponsor.

Not only are we the official sponsor of the team, we also sponsor the Waterford FC Academy coaching team. The academy helps to nurture and encourage young talent from under-13s to under-19s, with the intention of using them in the first team in the future if they show enough promise and potential. We sign players at a very young age and teach them football skills needed to play at Waterford FC level and style of football. Every year they assess and train the young players and announce a finalised team. Viking Hotel are so proud to be involved in the training of our young players and wish both the players and the couches the very best as they train and climb the league table.

What Does Our Sponsorship Do?

Viking Hotel’s sponsorship of the team not only allows the hotel exposure and visibility in the community, it also gives the team valuable funds to improve their facilities and training. While some fundraising is still needed, our sponsorship means the club can focus more on the beautiful game rather than constantly worrying about raising money to keep going. With four academy teams (under-13, under-15, under-17 and under-19) there is a huge opportunity to sponsor Waterford FC still available. While Viking Hotel are the clubs main sponsor, there are different sponsorship levels available and every little helps both the team and to promote your own business. You can sponsor a match, a match ball, a mascot, a player or you can advertise your business using pitch side or programme advertisements. We are delighted to sponsor our local team, giving back to the local community in any way we can.

Recently the Viking Hotel hosted the Jersey Launch for the brand new design for 2020-2021 for Waterford FC. The team launched their new away shirt featuring the Viking Hotel logo prominently, as well as launching their campaign with 24/7 Cardiac Care. We were happy to host this important event in the hotel and hope that all attendees, coaches and staff had an excellent night from start to finish. Team Manager Alan Reynolds has put together an incredible squad this year and the staff at the club have put everything in place to make 2020 a hugely successful season. However, it is you the fans and supporters that they rely on to get the team over the line so join us in celebrating and supporting our talented players for the upcoming season.

If you are looking for affordable and comfortable accommodation for your trip to Waterford, Viking Hotel on the edge of the city is ideal for you. To make a reservation in the hotel, contact our friendly team or check our exclusive special offers, only available when you book directly, using our official website. We look forward to welcoming you to the hotel for the next Waterford FC home fixture!

Our travel writer Sarah has a keen interest in exploring and writing about the most fascinating and picturesque places in Ireland. From the most popular tourist spots to hidden gems, Sarah aims to find the best of this beautiful country so you can get the best out of your visit. She has a particular fondness for Waterford with its gorgeous beaches, friendly locals and under-rated alternative shopping scene.
All Posts
Events

Corporate Events at The Viking Hotel

If you’re planning a corporate event, team building day or a conference in Waterford, look no further than Viking Hotel for all of your needs.

Events In Waterford This Summer

Waterford is buzzing with people from May to September, many of whom flock to the city to attend some of the many festivals hosted here

If you’re looking for an Easter getaway destination in Ireland, look no further than the beautiful heritage city of Waterford. We have something for everyone

How Did We Do?

If you enjoyed your stay, we’d love to hear from you